Meme coins are generally inspired by internet memes and jokes, and often when a meme coin pops up and does really well in the crypto market, you’d see other emerging meme coins copying the model. Copying the model may include creating a derivative, using a similar name, or just making it seem like the next big thing.

Sometimes, these strategies work, sometimes it doesn’t. After the pop-off of Safemoon, we saw several other derivative meme coins using the prefix ‘SAFE’ just to sound like the next Safemoon. Those ones didn’t really pop like the Dogecoin derivatives. After Dogecoin blew massively and was having a bull rally, and the price rose to over 70 cents – we saw several derivatives launching and also doing really well. One of those, Baby Dogecoin, created as a daughter coin to Dogecoin, is still currently the third-largest meme coin in the crypto market having a market cap of over $250 million.

RoboApe is a new futuristic meme coin that aims to build value for its holders out of the meme culture and create a rewarding system beyond internet memes and jokes. Meme coins are usually short-term plays and RoboApe (RBA) is futuristic in the sense that it’s creating protocols that can help maintain its community even when hype fades in a really noisy market landscape. The structure ensures that RoboApe always remains a part of the buzz as the ecosystem’s value cuts across DeFi, NFTs etcetera. 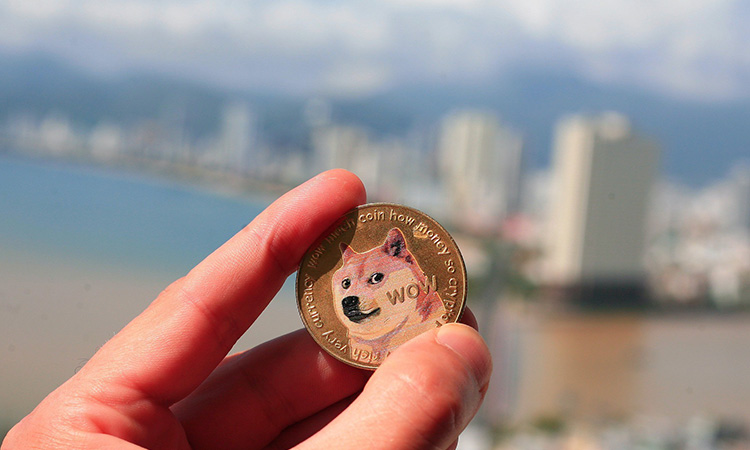 It’s a really quiet market now, and the question is can RoboApe break the market using Dogecoins’ style. Firstly, RoboApe is somewhat not in the same line of narrative as Dogecoin. RBA is a meme based on apes which are new for meme coins but not exactly for other forms of crypto-assets for NFTs. Top NFT collections like Bored Ape Yacht Club, Mutant Ape Yacht Club and several other collectives are derived from apes and they have generally become an internet meme hence the narrative may fit in the line of RoboApe.

Dogecoin (DOGE) is known as the first meme coin and it made a sensation in 2021 when the price pumped. The coin, which features a Shiba Inu figure as its avatar, is accepted as payment by a number of big corporations, including the Dallas Mavericks, Kronos, and probably most importantly, SpaceX, an American aerospace manufacturer owned by Elon Musk.

In 2013, two software programmers Billy Markus and Jackson Palmer created Dogecoin as a joke reflecting on the market condition at the time. When asked later, the founders confirmed the coin was created in a matter of minutes and they didn’t really think it over for any future prospect. The coin which started as a joke rapidly evolved into a sensation and a prominent cryptocurrency, thanks to its dedicated and creative community, and of course, Elon Musk. 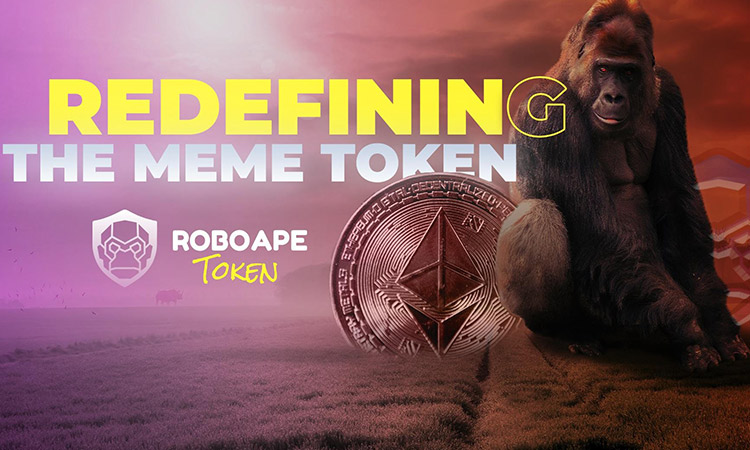 DOGE reached an all-time high of around 0.74 cents in May 2021, and it sent the whole market into a bull run. The cryptocurrency has remained the largest meme coin and has a market cap of $10 billion and DOGE currently trades at $0.079 at the time of writing.

The Dogecoin model shouldn’t be hard for RoboApe to emulate seeing as the cryptocurrency was pushed by a prominent figure. Elon Musk’s influence on the Shiba Inu (SHIB) bull rally also cannot be underestimated. RoboApe is showing tendencies of such seeing as the whole market sentiment is drawn to apes as memes. One would see top influencers and prominent figures riding with the wave as soon as the token launches. The project will launch peripheral causes which include RoboApe Academy, which would help educate and onboard newbies into cryptocurrencies, charity games and events and more. The project would be community-governed and one can expect it to be one of the best meme coins to launch in 2022.

RBA presale is live and you can join it further down in this article. The total supply of RBA is 900,000,000 and a token costs $0.006173 which is an incredibly low entry to any cryptocurrency of that supply. The network launches on the 29th of August 2022 and could be an exciting launch to watch.

Find out more about RoboApe: