In May, a so-called stablecoin, terraUSD, lost all its value in a matter of days.

Less than a month later, Celsius, a major crypto lender, froze all withdrawals and left countless depositors in the lurch.

Over the past seven months, the total market cap of all crypto assets has plummeted from about $3 trillion to about $880 billion – a 70% drop.

Crypto is having a nightmare in 2022, it’s safe to say, but things could get even worse. That’s because a tether, a lynchpin of crypto trading, has come under increasing scrutiny and shown signs of weakness in recent months.

Tether was launched in 2014 by iFinex, which is also the parent company of cryptocurrency exchange Bitfinex.

It is pegged to the US dollar, and iFinex claims it holds actual dollars, bonds, treasury bills and other assets in reserve to serve as collateral. This means in theory, anyone who wants to exchange tethers for US dollars can do so quickly and easily.

Indeed, tether can only hold its value so long as it continues to redeem its tokens for $1 each, and investors have faith that the tokens are fully backed by liquid assets. If that faith were to vanish, it would take down not just tether but arguably all of crypto.

Tether, after all, is not just any stablecoin – it’s THE stablecoin, and the third most-traded cryptocurrency in the world after bitcoin and ether.

And because stablecoins are used mainly to buy other cryptocurrencies, tether’s tentacles touch most – if not all – other digital coins. Tether in fact doesn’t have its own blockchain. Instead, users can transact with it on some of the bigger blockchain platforms, such as Ethereum, Tron, Algorand, Solana, Avalanche and Polygon.

There are currently 70 billion tethers in circulation, making it three times the size of terraUSD before it collapsed.

“Tether is really the lifeblood of the crypto ecosystem,” Hilary Allen, a finance expert at American University, told The New York Times. “If it imploded, then the entire facade falls down.”

Controversies
You might think such a vital cog of the crypto machine would be trusted and widely respected, but you’d be wrong. iFiniex, rightly one of the most scrutinised companies in all of crypto, hasn’t always inspired trust, to put it mildly.

In January 2018, the company dismissed an accounting firm it had hired for an audit, citing “the excruciatingly detailed procedures [the auditor] was undertaking for the relatively simple balance sheet of Tether.”

In 2019, the New York Attorney General’s office initiated a probe into whether Bitfinex sought to cover up the loss of $850 million funds held by Tether.

Almost two years later, Tether and Bitfinex reached a settlement with the attorney general’s office in February 2021, under which it would pay $18.5 million in fines and release a quarterly report detailing the reserve’s composition for the next two years.

The company started to publish reports on its assets in 2021, but still does not specify exactly where its reserves are held.

Tether may also have been used from time to time to artificially inflate the price of bitcoin and other cryptocurrencies.

In 2018, an academic study looking at the 2017 crypto bull run found that a particular player on the Bitfinex exchange would use newly minted tether to buy bitcoin and support the price of the world’s largest cryptocurrency when it fell.

Since the start of the crypto crash, investors have pulled more than $10 billion out of tether, in what has been described as a slow bank run. This was accelerated by the crash of the terraUSD stablecoin in May and the freezing of withdrawals on the Celsius Network – another crypto ‘bank’ – in June.

Is this the crumbling edifice of crypto, as tether’s critics claim, or much ado about nothing?

Only time will time.

Top Stories By Our Reporters

Zomato’s board of directors approved the acquisition of Blinkit (formerly Grofers), a quick commerce startup, in an all-stock deal at a board meeting held today, according to a BSE filing. The deal – valued at Rs 4,447 crore or close to $570 million – is close to 43% lower than Blinkit’s last valuation of just over $1 billion. Blinkit turned into a unicorn last year following a $120- million funding from Zomato and Tiger Global.

Also read: Why nobody is talking about 10-minute deliveries anymore

At a meeting on Thursday evening, fintech companies decided to seek an extension of at least six months for Reserve Bank of India’s latest mandate, which has sent credit card challengers and other card-based fintechs into a tizzy. Two people who attended the meeting, arranged by Digital Lenders Association of India (DLAI), told us they see the extension request as the “most critical” part of the ongoing issue.

Fintechs to ping govt, RBI governor on central bank note: Top fintech companies are uniting to petition the union government and the Reserve Bank of India for clarity on the central bank’s recent directive, sources told us. In a one-page circular, issued on Monday, RBI had directed all non-bank pre-paid payment instruments (PPIs) to stop loading credit lines onto their products.

RBI’s stance on fintech has government’s backing: The Reserve Bank of India’s latest move barring non-bank prepaid payment issuers from loading credit lines onto their products has the support of the government, which also wants a comprehensive regulatory framework soon for the fintech sector.

RBI circular leaves fintech firms dazed and confused: The central bank’s latest communication to fintechs, which bars non-bank wallets and prepaid cards from loading their credit lines into these products, has caused widespread confusion in this segment of the payments industry, although the order came after many new-age companies reportedly assumed the lender’s role without building sufficient safeguards. 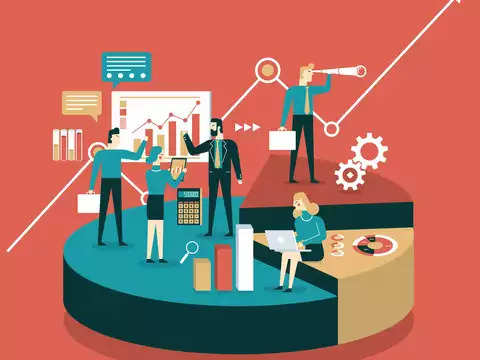 PhonePe’s loss drops marginally to Rs 1,728 crore: Digital payments firm PhonePe’s consolidated loss has fallen marginally to Rs 1,728 crore in FY21, the latest filings with the Ministry of Corporate Affairs (MCA) showed. Its consolidated loss in FY20 was Rs 1,771.6 crore. Revenue from operations was Rs 690 crore in FY21, from Rs 371.7 crore in the previous fiscal year.

RBI extends June 30 deadline for card tokenisation by 3 months The Reserve Bank of India has extended the deadline for tokenisation of cards by three months. The RBI had earlier set a deadline of June 30, whereby merchants and payment aggregators had to delete all card details and replace it with tokens. Sale of Ola Electric scooters slumps to 130-200 a day Electric vehicle maker Ola Electric has been selling only 130-200 of its S1 and S1 Pro scooters a day for the past two weeks, after it moved away from the multiple-payment-window model and started accepting full payments for its scooters at one go, two sources told us. Cashback drives surge in WhatsApp Pay UPI transactions WhatsApp Pay’s move to kickstart its cashback campaign has boosted its digital payments ambitions on the Unified Payments Interface (UPI) network after a sluggish start. While WhatsApp Pay has been active on UPI for some time, it started aggressively giving cashbacks after it was allowed to scale the service to 100 million users, they said. Sequoia’s Surge to raise ceiling for seed-stage investments Sequoia Capital’s accelerator programme Surge will invest more in seed-stage startups so it can back a wider range of companies and stay with them longer as they achieve a product-market fit, said Rajan Anandan, MD, Surge and Sequoia India.

■ Sales and marketing automation platform LeadSquared said it has raised $153 million in a funding round led by WestBridge Capital. We first reported on April 12 that the SaaS firm was in talks with WestBridge Capital for a new round of funding at a unicorn valuation.

■ Matrix Partners India, an early investor in companies such as Ola, Razorpay and Dailyhunt, among others, will raise a $450 million India fund, according to a regulatory filing with the US Securities and Exchange Commission.

■ Milky Mist, a direct-to-consumer dairy and fresh foods brand, is in talks with private equity funds such as Kedaara, True North, TA, Temasek and others to raise $100-120 million in a funding round. This will be the bootstrapped company’s first institutional funding round, four people with direct knowledge of the development told us.

■ Edtech startup BrightChamps is planning to close mergers and acquisitions worth $100 million through stock and cash deals in the ongoing fiscal year (FY23), cofounder and chief executive Ravi Bhushan told us.

Shashank Bhardwaj from Delhi is writing off his entire investment in US-based crypto lending platform Celsius Network. The 28-year-old Bhardwaj had pumped in 30-40% of his entire crypto portfolio into the platform to earn interest on “crypto that was lying around in his wallet.”

Celsius drops: Celsius, which had almost $12 billion under management as of May, lent out the deposits of customers – who were treated as unsecured creditors – to other users and invested in decentralised finance (DeFi) protocols. Bhardwaj, like other retail investors, was attracted to the platform because of the returns it promised. However, Celsius told customers on June 12 that it was pausing all withdrawals, swaps and transfers between accounts because of extreme market volatility.

TCS case puts spotlight on job terminations in IT industry

The spotlight is on unlawful terminations in the country, experts said, after a Chennai labour court recently asked Tata Consultancy Services (TCS) to reinstate with back wages an employee who was asked to leave over seven years ago.

TCS is also setting up a new command and control centre with the Ministry of External Affairs (MEA), and a new data centre to support the project’s backend requirements, said Tej Bhatla, head of its public sector business unit.

Curated by Judy Franko in New Delhi. Graphics and illustrations by Rahul Awasthi.

That’s all from us this week. Stay safe.